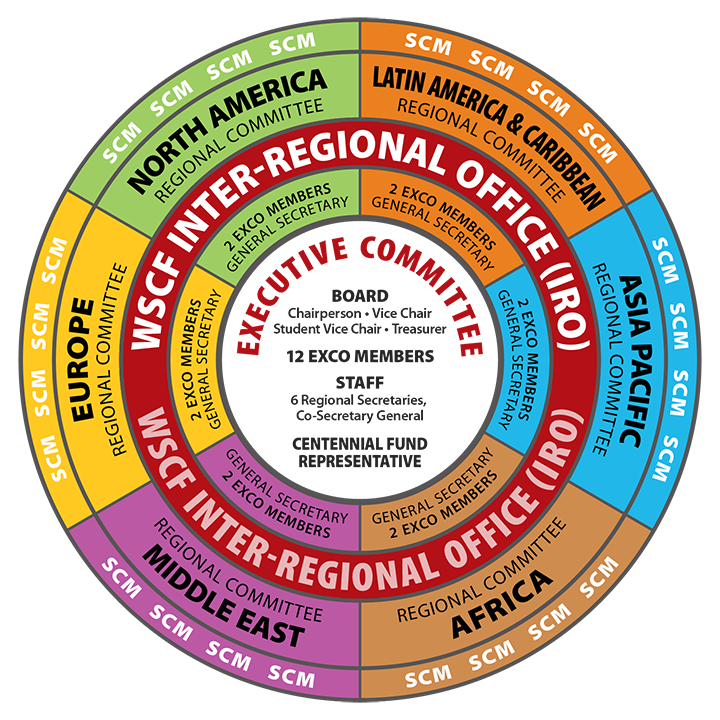 FROM GRASSROOTS MOVEMENTS TO A GLOBAL PLATFORM

The life of WSCF is based on local ecumenical groups of students called SCMs – Student Christian Movements – in universities and colleges who work, study and pray together. Presently there are 117 affiliated student groups in 94 countries, reaching out to over 2 million members worldwide.

Some local movements are denominational that belong to a larger ecumenical association. In some cases an SCM group is an integrated part of the life of a Christian college or Theological college. Local groups operate different models of leadership appropriate to their cultural context. Most of them are led by a combination of people who take responsibility for organising the group’s study and dialogue programme, movement building, finances, outreach and activism.

Many SCMs encourage students to understand other denominations by sharing in worship at churches of different denominations. As well as broadening the individual student’s idea of the church, these worship experiences help SCMers to understand the traditions of their peers.

There are two categories of student movement memberships:

Local movements may belong to a regional collection of movements within their country and all are affiliated to SCM and WSCF through their national movements. From these local groups come national movements, which meet together at least annually to maintain and inspire their corporate lives as movements.

Each local SCM is affiliated to a national Student Christian Movement. National movements organise the national life through an annual conference and Annual General Meeting. National movements usually organise national or regional programmes on specific skills or issues that require the resources of a bigger grouping than a local SCM unit. These programmes may include activism projects, theological or issue-based study conferences, work projects, outreach and movement building projects or training programmes. National programmes and projects are often carried out with the help of the Ecumenical Assistance Programme.

Each country then belongs to a WSCF region that brings its various national movements together to work on common projects and programmes on a regular basis. Each region is supported by salaried staff and a Regional Committee oversees its operations.

The regions work together to form a global network of student movements which is known as the WSCF. The global federation is served by Officers and an Executive Committee, an Inter-Regional Office and a General Secretary. The highest decision-making body of the World Student Christian Federation is its four-yearly General Assembly.

The General Assembly is the most representative expression of the WSCF’s life where the different members and representatives from all corners of the world have the chance to come together to talk about issues important to their activities and to direct the work of the federation for the next four years. The mandate of the General Assembly will be fulfilled by the elected Executive Committee. 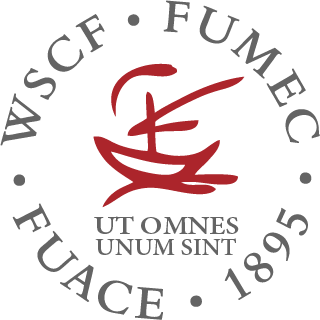